Boarding the bus to Copacabana I must say we were a little excited to be getting out of La Paz.  Being sick had taken its toll on both of us and we were looking forward to getting some fresh air.  After a three-hour bus trip we arrived in the small village of San Pablo de Tiquina where we had to hop off the bus and board a small boat to take us across the strait.  We left the bus and watched as it too made its way across the lake on a floating barge which looked really bizarre! 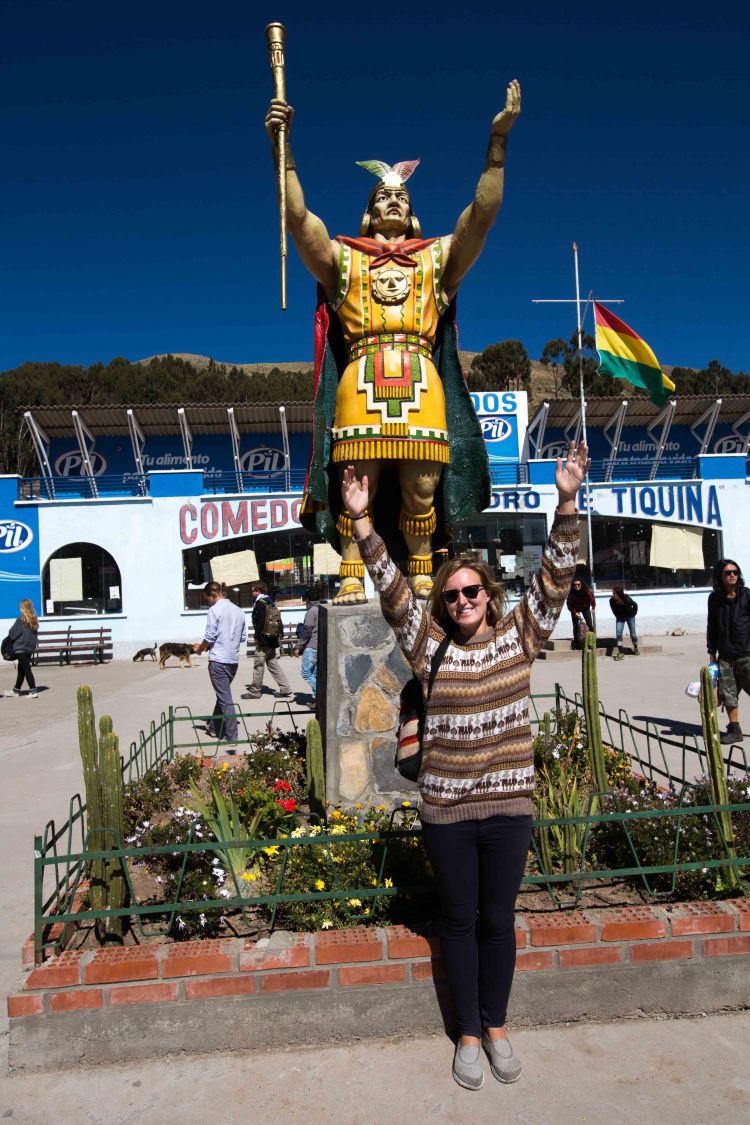 Continuing on and it was not long until we had arrived in Copacabana (annoyingly named town because I always end up singing that song that is not about this place but it still gets stuck in your head)! Anyway, finally – fresh air, something La Paz was certainly lacking! We breathed it in, smelling the many eucalyptus trees that surrounded us and enjoying the peace and quiet (outside of a few noisy farm animals).  Something in the air reminded us both of home and as we checked in to our suite accommodation overlooking Lake Titicaca, we were both in a happy place.  With hammocks out the front we settled in and enjoyed the sunset over one of the highest lakes in the world! 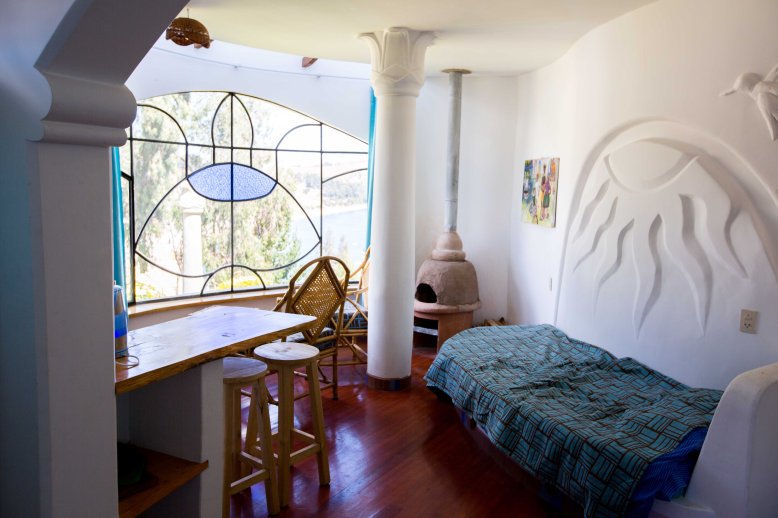 After a day relaxing it was time to explore Lake Titicaca a little further.  We were up early for the boat ride to Isla del Sol, a large island located on Lake Titicaca.  The boat ride was painfully slow but eventually we arrived at the North side of the island and were left with time to explore.  There was a celebration of some sorts taking place (far from a rarity in Bolivia) and we watched as the locals danced and played their instruments to their own beat before we began our walk from North to South. 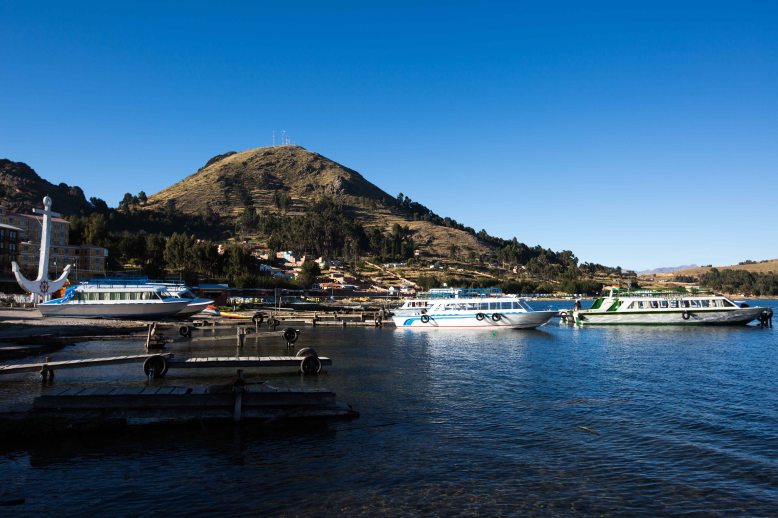 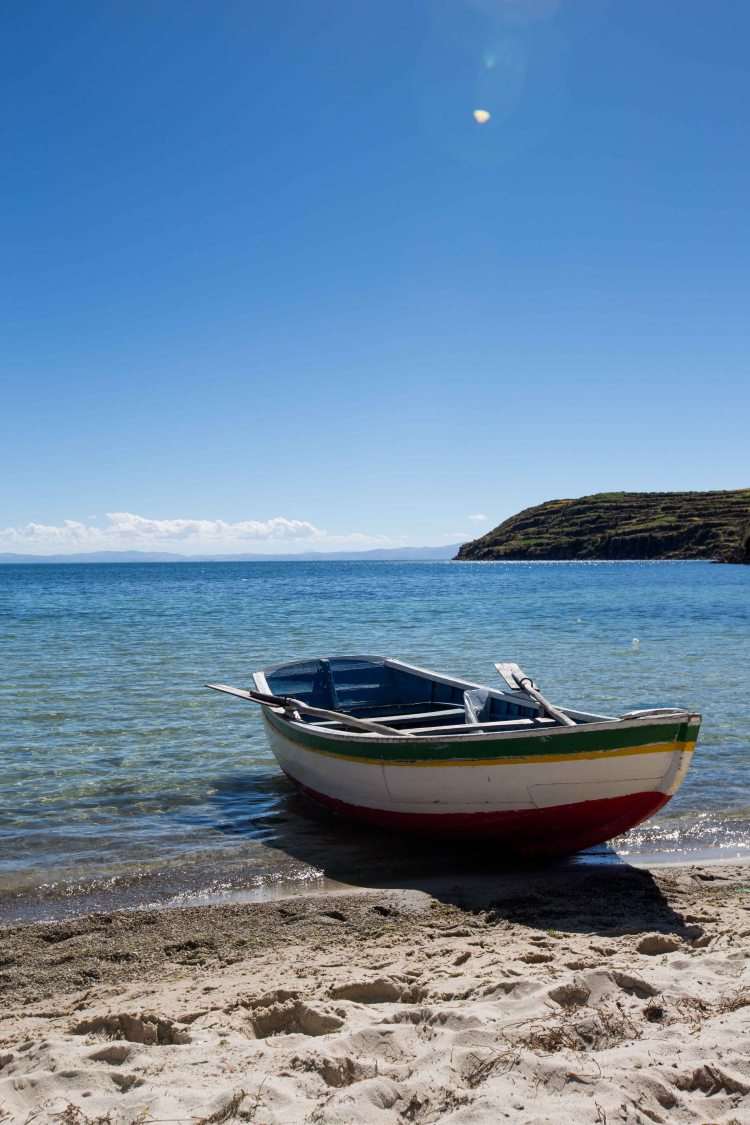 We climbed slowly (well Will climbed at a normal pace I guess) up the rocky path leading to higher ground on the island.  There are no vehicles on the island and we followed the same paths that the local families use as they travel between houses, farmlands and ports.  We paused to take in the beautiful views (and also to take a breath), admiring the crystal clear water as well as the tall eucalyptus trees above the lush green pastures.

Lake Titicaca is 3800m above sea level and at the top of Isla del Sol it is approximately 4100m above sea level so I really enjoy being able to blame the altitude for my hopeless efforts walking up hill – Will doesn’t seem to be as badly affected but that’s my excuse and I’m sticking to it!  I have absolutely no idea how the locals do it, carrying their various bundles on their backs (sometimes huge) up and down the hills, not breaking into a sweat or stopping for a breather! 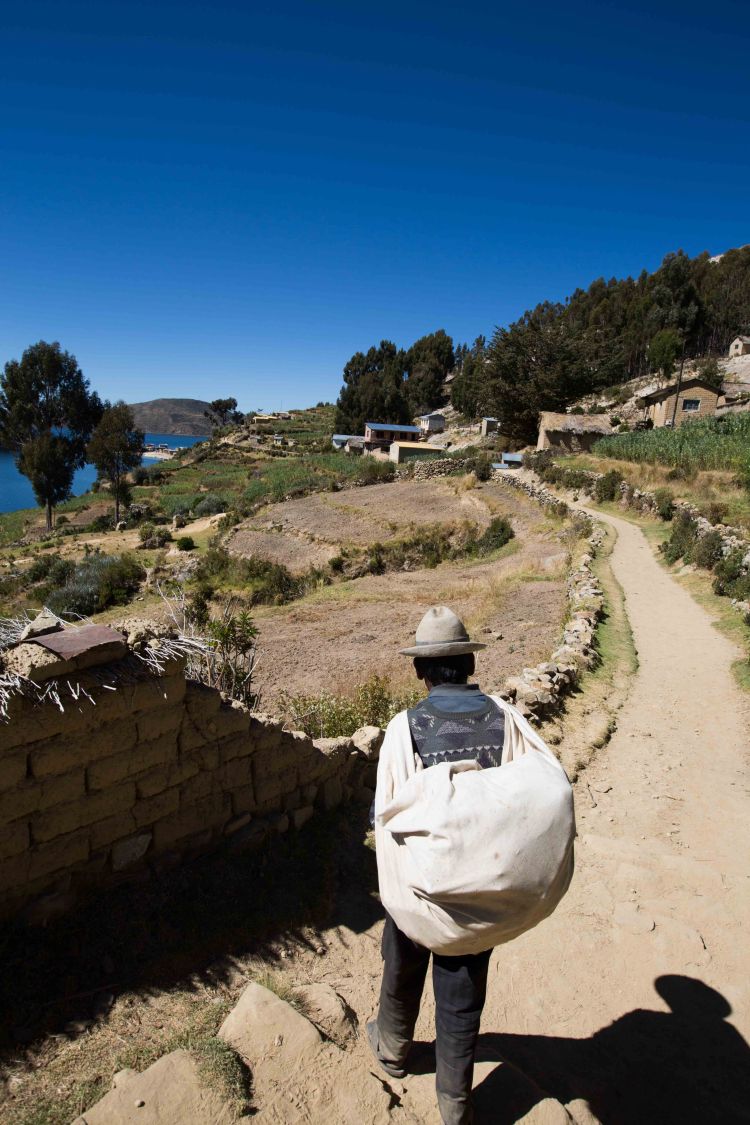 As you reach the Northern end, you have complete 360 degree views around the island and at the tip lies the Chincana ruins, remains from the Inca pilgrims.  The ruins are a maze of stone walls and walkthroughs, the doorways rather small by today’s standards.  A rock table can be found close by where apparently animals and even humans were sacrificed as offerings to the gods. 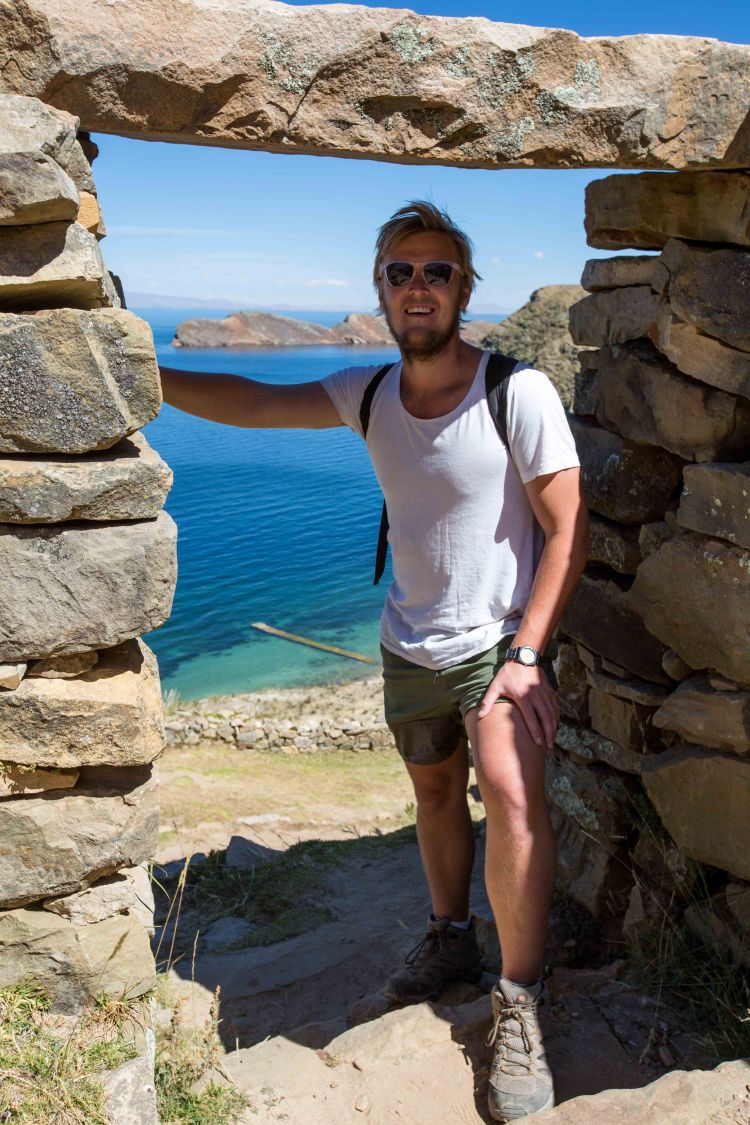 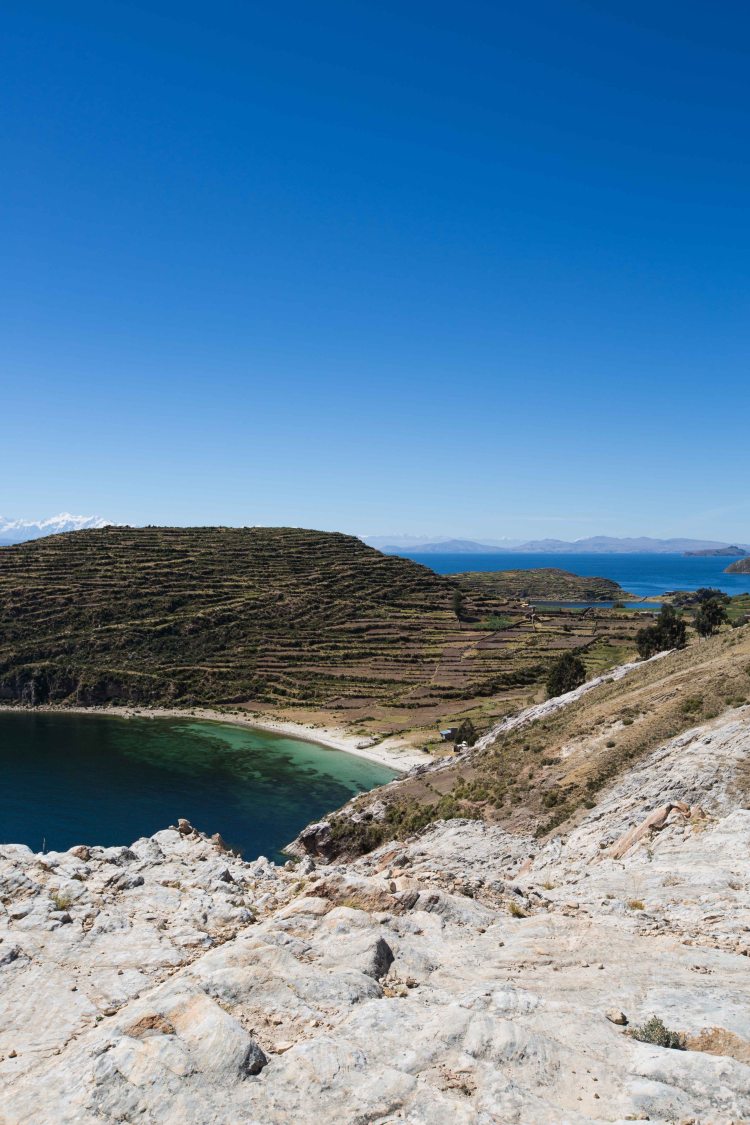 From the Northern end we began our walk across the island to the south.  We continued to admire the island’s beauty with every up and down (there are a lot of hills walking North to South), stopping for lunch at the highest point.  We greeted locals and did our best donkey impressions as we passed them grazing in the fields along the way.  It was all good fun until a previously unseen man stood up next to his donkeys and gave us a rather strange look! 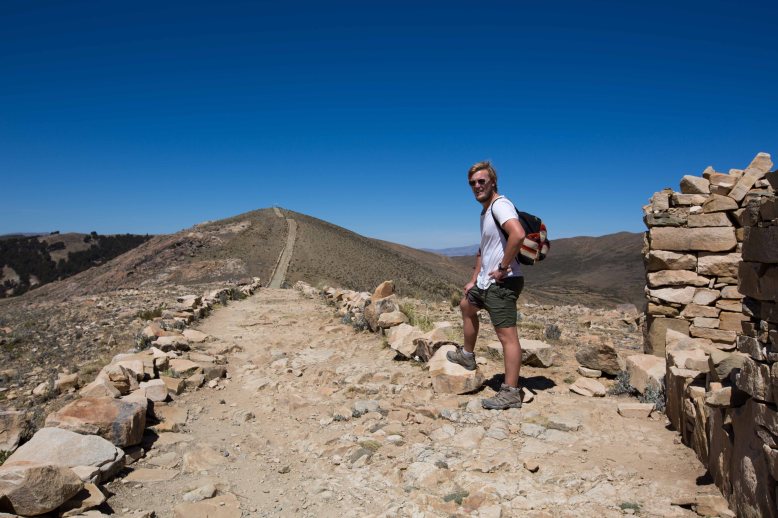 The arid landscape complete with hundreds of eucalyptus trees was refreshing and had it not been for the snow capped mountains in the background you could be forgiven for thinking we were back in Australia.  One last big hill and we were making our way back to the water where we enjoyed a well deserved beer before the boat ride back to Copacabana. 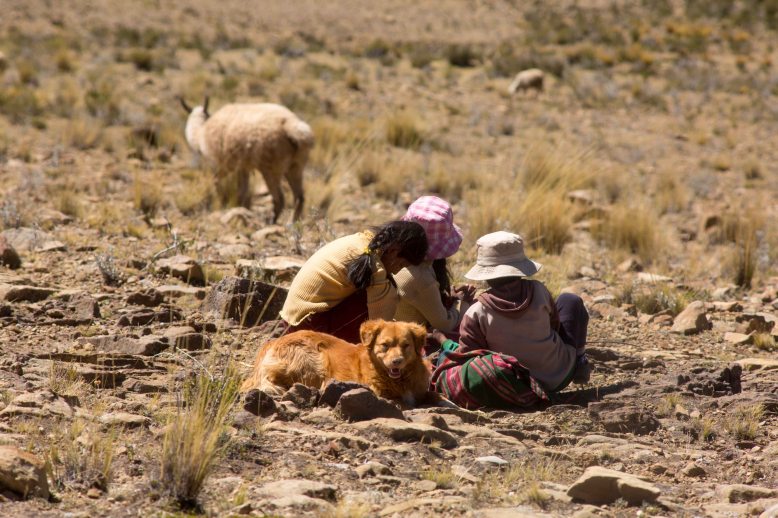 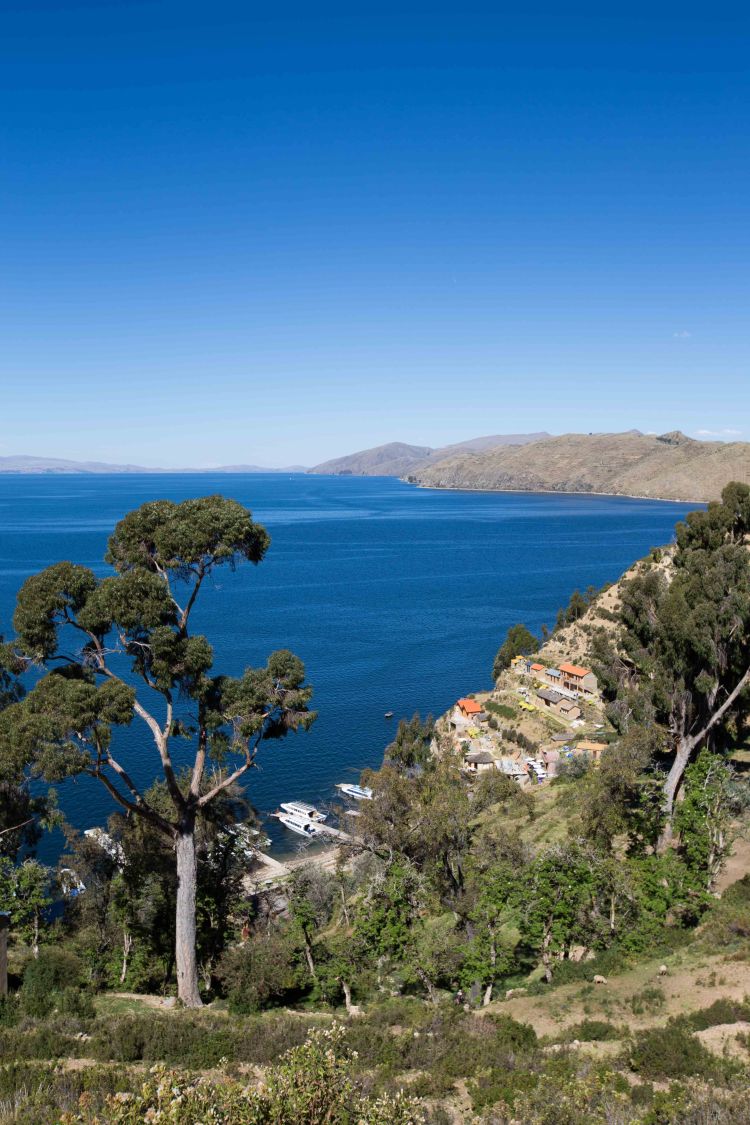 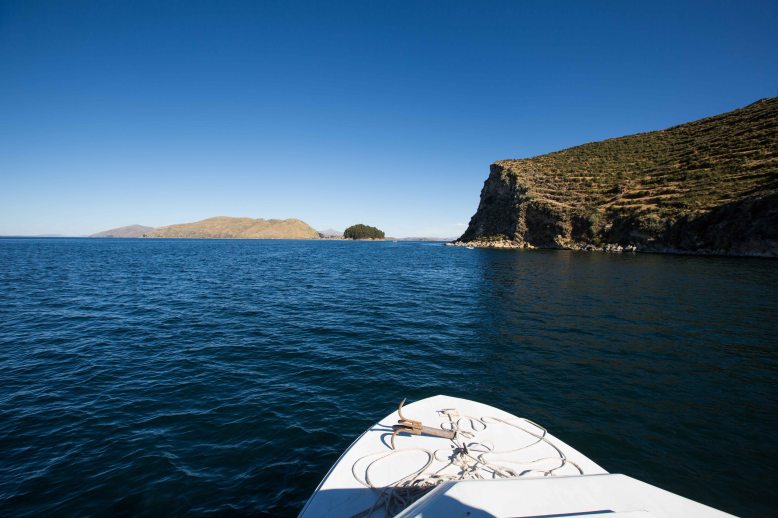 It was my birthday the next day and for those playing at home, yes that means I’m officially two months behind with this blog (it should be named herewhereweWERE).  Anyhow, being that it was my birthday I got to do whatever I wanted which for me included going out on a paddle boat that looked like a swan and having my photo with two baby alpacas (yes I turned 12).  It was a beautiful day and the perfect spot to relax on my birthday, finishing off the big day at a Mexican restaurant with Will & Niels. 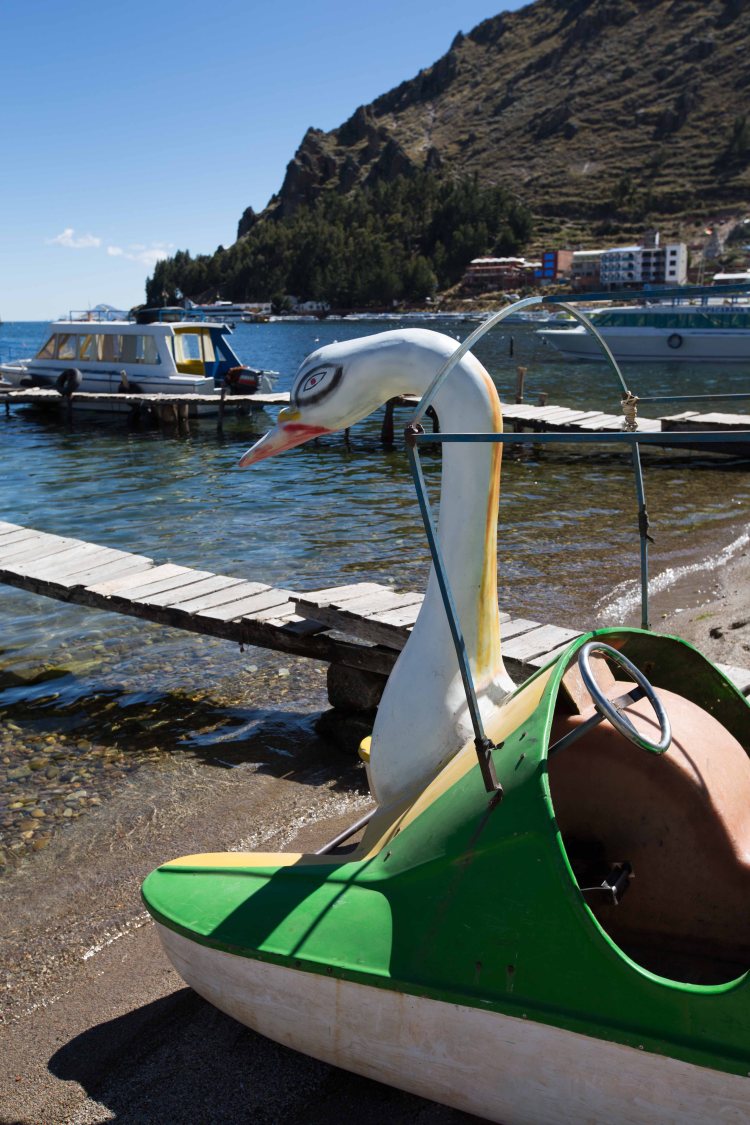 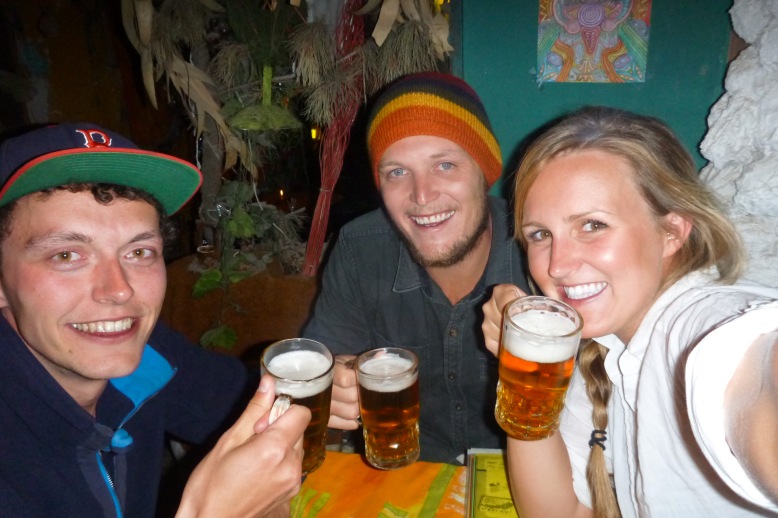 As is always the case, it was necessary to keep moving so we enjoyed a final day relaxing in our hammocks, taking in the scenery before walking up Cerro (hill) Calvario to watch the sunset over Lake Titicaca. 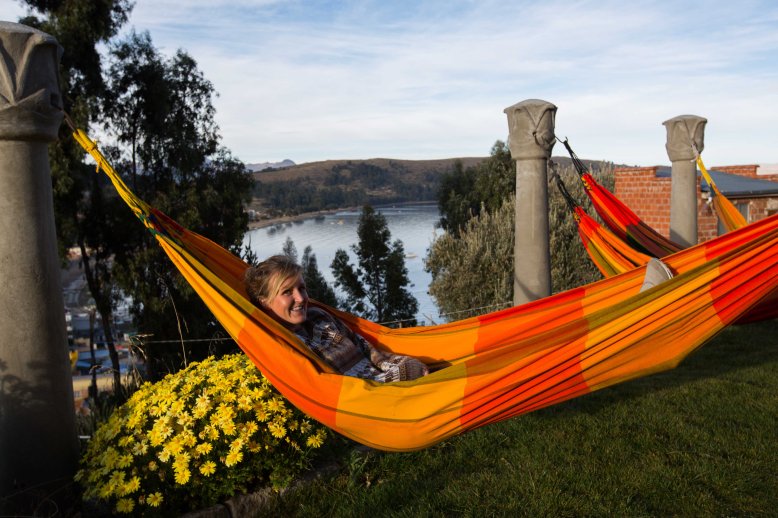